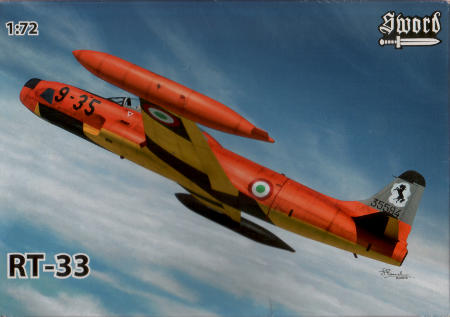 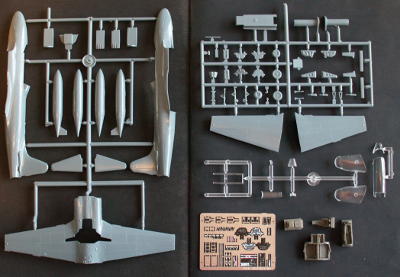 Since half a panic is not really panicky enough, by the time I could get started on the Dakota, the builder who was supposed to tackle the RT-33 had to drop out, and being to only one not to run for cover in time, I ended up holding this particular baby. Still, the kit looked decent enough, so I wasn't worried. Yet...

Being a somewhat short-run kit, it came as no surprise the plastic was softer than usual, and that luxury items such as locator pins and properly numbered parts are absent. That's OK, I'm a fairly big boy. What isn't OK is that the parts just don't fit together; the shape of the plastic just doesn't match, often by millimeter sized margins. Just about every part needs re-shaping. Not good under most circumstances, disasterous when you're in a hurry. I truly do not understand the reason for this kit to exist, or at least, for the basic T-33 to exist. The Platz kit leaves it dead in the water. The RT-33 conversion parts included are helpful of course, or would have been, if they'd been even remotely the right shape. I've never built the Heller RT-33, but if I wanted to build another, I'd try for that, despite it being decades older.

In all fairness, the resin parts included are beautifully done, and, oddly enough, these actually fit. The same mostly holds for the decals, although they are extremely thin and finnicky.

Construction involved loads of foul language and even more brute force and filler, slowing a rush job down to almost a crawl at times, and causing more rough-and-ready shortcuts than I usually take in a whole year. Even then, the model wasn't finished in time for it's first public appearance, and stood there without it's wheel bay doors. Being low on its feet, very few people noticed, But it didn't make me very happy.

I've since stuck all the doors on. They don't fit particularly well, and it doesn't help that the main undercarriage legs are way too short, but I don't particularly care anymore. The model has one more appearance to make, and I'm not all that sure it will even come home with me after that event. 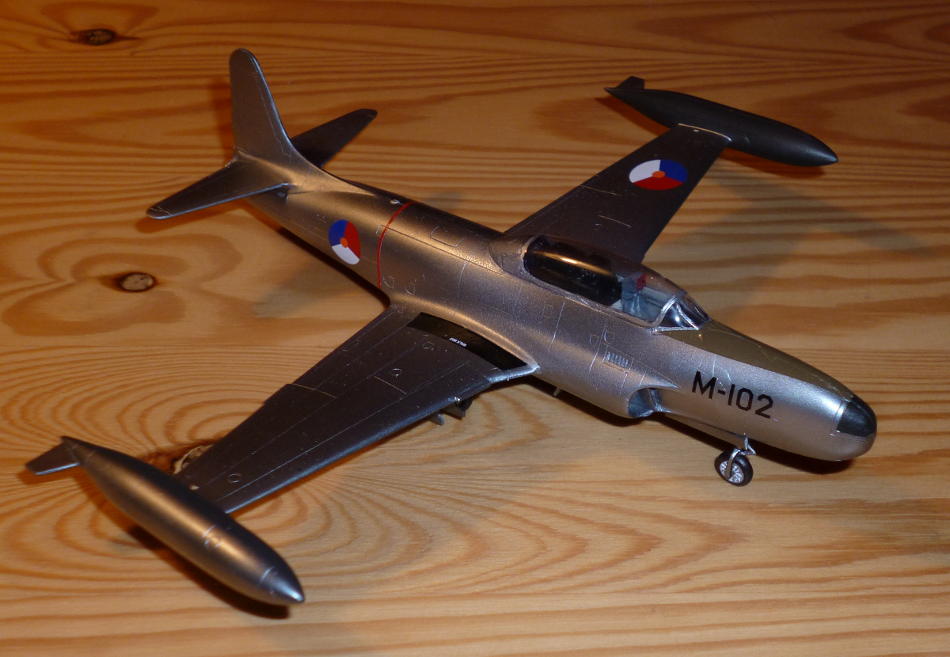