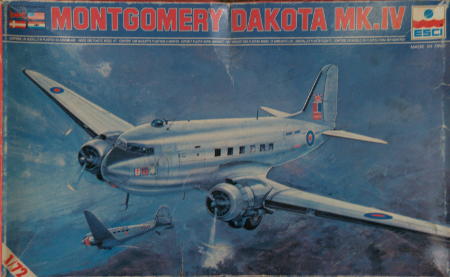 Over a year ago, the idea was born to re-create the static display the Dutch airforce created at Ypenburg in 1961. This display included one of every type in service at that time, and seemed like a great subject for a display of the local IPMS chapter at the yearly national event.

So, over a year to build a Dakota, and perhaps a little something extra, peice of cake, right? Cue a year of bounching from one crisis to the next, and finally getting to work on the job at hand a mere two months in advance. Then deduct about half of that time to spend some quality time with the annoyingly common cold plus cleanup after that particular fight, and you have a classic rush job. The last decals went on the day before the show..

Still, it's just a Dakota, nothing really problematic about building one of those. I've built three of the four main dakota kits in 1/72 scale, and all are nice and docile. My victim for this build was the old Esci moulding. I'd assumed this particular aircraft would have been a cargo hauler, and so selected one with a military interior. As is to be expected, I found out it was in fact a VIP transport just after closing up the hull. 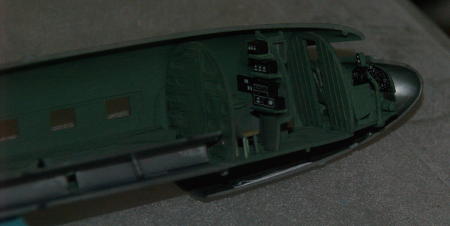 The build itself was uneventful, if scary. I skipped pretty much every quality check I usually put a model through, instead gambling that I'd gotten everything right the first time. That didn't quite work out, but certainly close enough for this job. Even so, I couldn't resist trying something new, and used disolved sprue on the spine, rather than normal filler. As I'd hoped, this prevented the rather obvious difference in surface structure often seen on that particular join, since the filler in this case was actual plastic.

Decals and precise information were provided by one of my co-conspirators in this project. This was most fortunate, as I'd compeltely missed the VIP transport function of this aircraft. While the interior is mostly invisible, and can therefore be ignored, the orange bands were also specific to the VIP birds, and missing those would have been embarassing.. 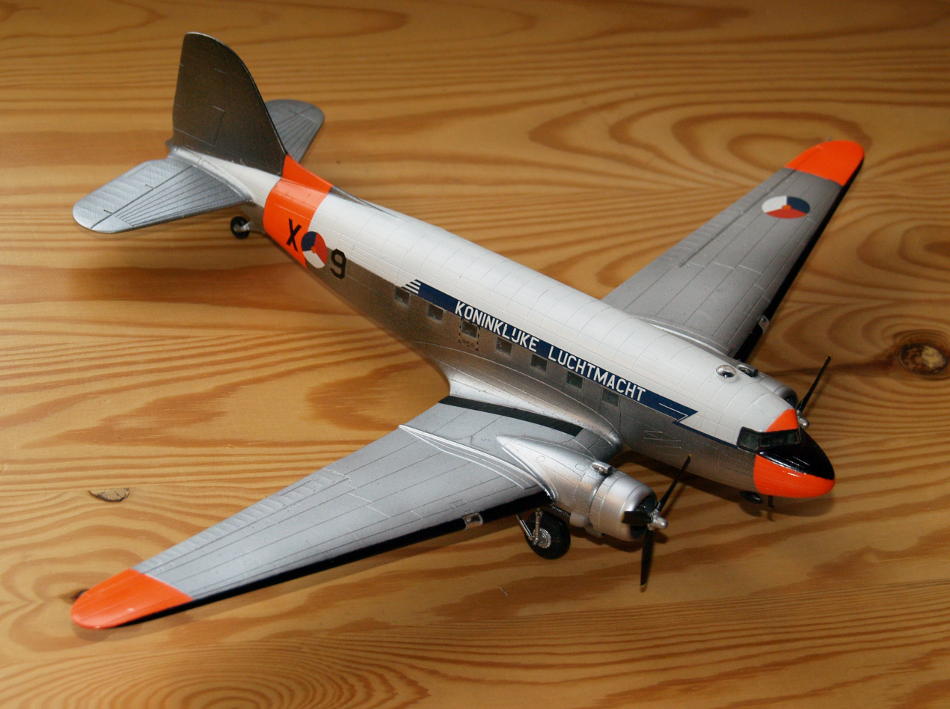