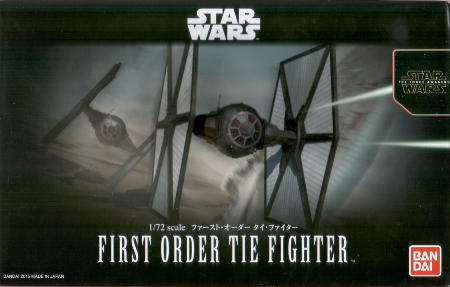 As usual when Blitzing a Bandai, I've "primed" it with rattlecan varnish, and called it a day.

2020-08-16 8:41
The Bandai SW kits are supposed to work very well without paint, and this leaves them in something of a pickle when dealing with transparencies.
One approach is to include only the frames, in the correct colour, and leave the transparent material out entirely. This provides a perfect view of the interior, and the frames are correct, but of course it gathers dust like nothing else, and looks a bit off.
The other option is to use traditional transparencies, and use decals or stickers for the frames. When this works, it's near perfect, but some frames need really nasty decals.
Bandai typically include both options, and leave it to the builder to pick his own poison.
For some of the rebel fighters, with their straight frames, I like the decals, but on Tie fighters, the glazing is part of a ball. That's not a decal I'll willingly tangle with. I don't like holes in my models either. The various holes in the frames seem small enough to try CrystalClear windows, but this can be a bit hit-and-miss, and certainly needs quite a bit of time to cure, so blobbing in the glazing is the first step of the actual build.
If this fails, I can always fall back to the tranditional transparencies and decals or paint.

11:18
Still no construction. This (presumably these, counting the rest of the TIE family) requires a bit more painting that I'd expect. Just parts on sprues with paint on one side, nearly impossible to photograph in an interesting way.
The glazing seems to be curing well, to my considerable relief.

12:54
Oddly, the TIE is a harder kit to get right than any of the apparently more involved rebels I've dealt with. Interior painting and decalling seems a must, and the parts are tricky to work with due to the tendency of dark plastic to turn visibly white when stressed during cutting. I've used more cement on de-stressing the plastic of the frames of one wing (lots of attachements to the sprue on account of being long, thin parts), than on the X-wing and A-wing combined.
The artistic designs are simpler, their implementation not so much..

13:27
Nominally fifteen hours into the build, and I finally have something to show for it. Doesn't sound that blitzy if you write it that way, but it looks like this is one of those kits where nothing seems to happen for ages, and then suddenly it's done.
Some of the flight controls have decals on them, and these have to set before I can continue building the central ball.
The glazing is still curing.

15:34
We've reached the aforementioned 'sudden' part..
Imperial pilot in his office.
Just wings and a top and bottom cover to go.

16:22
Yup, it's a TIE
Not as simple as I'd expected, but all the more entertaining for it.
Just over 18 hours, half of them spent snoring 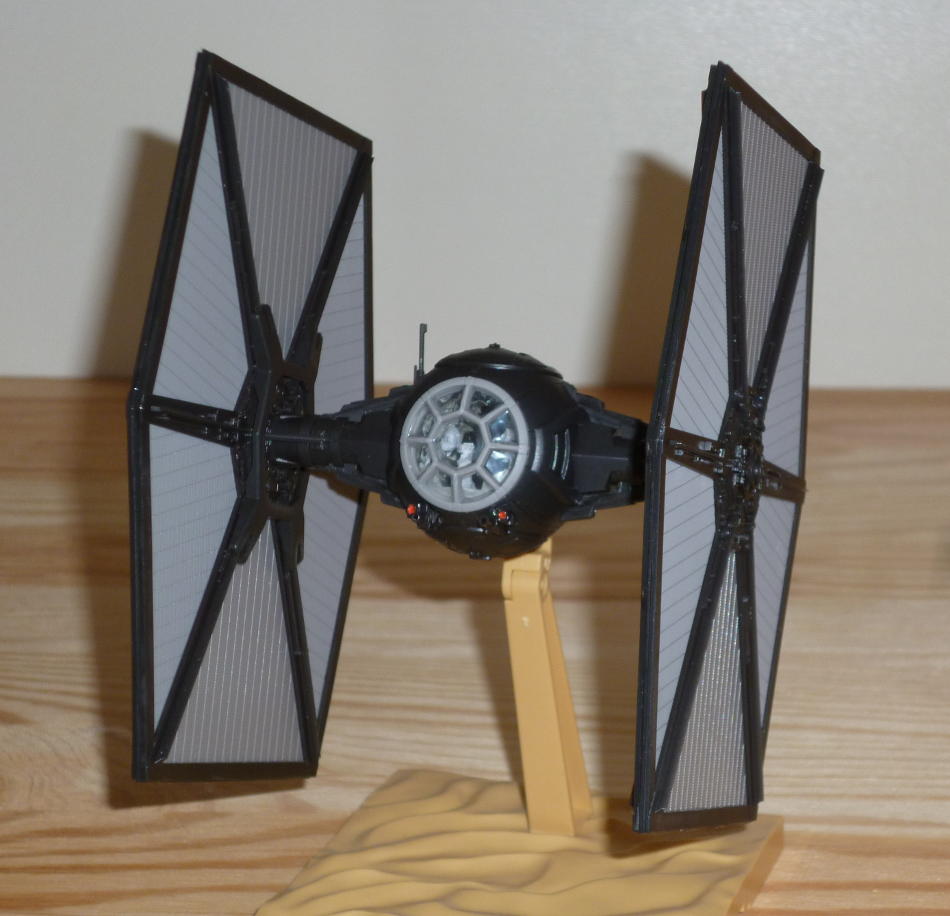