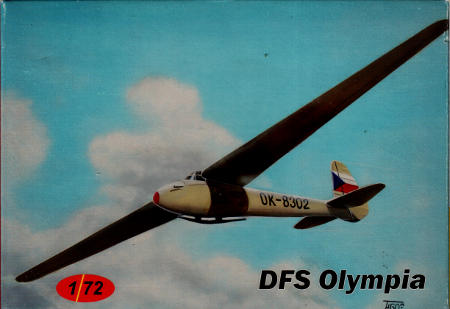 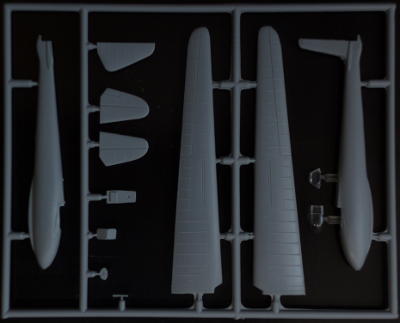 An unusual little plane, running as a side project to my Texan. The model is from AZ, and was given to me as a parting gift by my soon to be ex-colleagues.

The 'Olympia' part of the name comes from the fact that this plane was designed to competition specs for the 1940 Olympic games, which didn't quite make it...

Being a sucker for punishment, I decided to mimic Splash's display style, in a very steep bank over a CD sized base. Aircraft don't bank like that on the ground, and they have no business being in the air without a pilot (Unpleasant Aerial Varmints included), so I wanted someone in the cockpit. On a short-run miniscule aircraft. No 1/72 pilot would come even close to fitting of course. Even most of my 1/87 train passengers were too bulky; the only one that could squeeze in while keeping some limbs was this young lady, who's now going to end up in a rather wilder ride than she was designed for.

The canopy was of course far too thick to leave room for a head, but I managed to hollow it out a bit farther; I may need to do some more work here.
I've now reached the point where the wings are on, waiting for a bit of filler to set. I'll get serious with the canopy, and the transparent insert for the gap in the wing after that's done.

2016-11-03
The little glider is back from the paintshop. Just a bit of touch up needed around the canopy, a few decals, and a blast of semi-gloss varnish, and it'll be finished.
Actually, I should put some frames on the canopy, but without any engraving to guide my hand, I'm afraid any such attempt will come out looking worse than leaving them off entirely..

2016-11-07
"Just varnish"..right..that was asking for it of course..
Since this was obviously being too easy, the varnish turned against me, and some blistering of the underlying paint occurred (is it really that hard to make rattlecans without weapons grade solvents). On a model with all of 5 decals on it, some this blistering occurred right at the edge of one of them, just to be extra evil. I sanded of the blistered areas, masked (right over a decal), and sprayed over the damage. I think I got it in one go, but if you look very closely, some of the sanding didn't come out perfectly smooth. The high gloss paint hides it for now, but this may not last. We'll see. Small blessing: the masking tape did not rip of the decal when removed.

2016-11-08
The spot painting actually worked as intended, to my rather immense relief. Just to be paranoid, I shot a coat of gloss varnish over the affected areas with the airbrush for additional sealing, and the final rattlecan coat over that. This time, things behaved.
So, here we are.