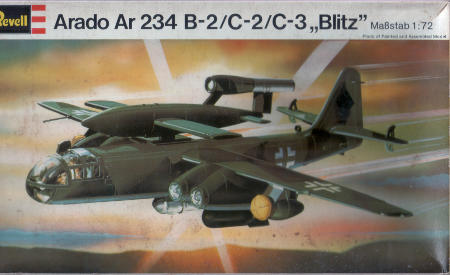 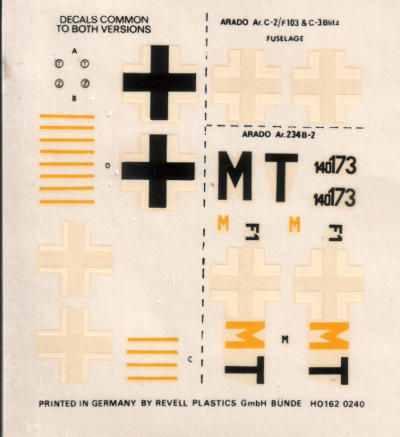 I first built this kit long ago, best guess is 1980 or a bit earlier. To a primary school boy, nothing could be cooler than an exotic airplane lugging around a weapon almost as big as itself, on it's back, so the kit made quite an impression. As I recall, the resulting model was somewhat underwhelming, and my original build was lost sometime during the 1980s.

The fact that the model was unimpressive by the standards of the day was a warning not lost on me, but when I ran into the kit at the local hobby shop, I was in need of some retail therapy, so I bought it anyway. Inside the box was an instant dose of nostalgia, plus a pile of plastic that immediately explained why the result was not spectacular last time. The rock hard, somewhat translucent green plastic was immediately familiar, and closer inspection revealed lots of sinkholes, mould lines, nasty seams caused by the edges of parts falling slightly inwards, sprue gates smack on top of raised panel lines, in short, all the joys of a "classic" kit that clearly hasn't mellowed with age and fully intends to put up a fight.

The kit actually provides parts for B-2, C-2, and C-3 versions, meaning two different nose sections and single or double engine pods, and weapons loads to match; in that sense, it was a very complete kit, typical of the time. Unlike the box art, which has just about every weapon in the box slapped onto the airframe, the instructions provide sensible seeming loadouts. The decals look workable, but I'll treat them with appropriate paranoia when the time comes. No swasticas supplied, since this is the German boxing, and Germans don't like to be confronted with such sights (the official excuse for banning them sounds more impressive, of course), so I'll have to find another source for the damn things. Back in the days before the single market it was still possible to get non-censored editions from elsewhere, but those days are over. This has nothing to do with Germany imposing it's will on the rest of Europe, obviously..

The amount of correctional work needed pretty much rules out survival of the raised detail, but one of the advantages of 1/72 scale is that it won't really be missed; no matter how fine it is, it is alsway oversized anyway. Generally, fit is actually quite nice so far. I expect it will turn into a rather nice model, although somewhat short on exterior detail. Not that that matters a lot, because the whole point of the excercise is the whopping big V-1 rocket on the back.

2017-01-15
The fuselage and wings are assembled, and the usual coat of primer shows no remaining issues. Time to join them up, and start thinking about the smaller exterior parts. The external stores are beginning to come together, and the cockpit dwelling troll has been painted (it might just pass for human once the thick canopy is on).

2017-01-17
Joined the wings to the fuselage yesterday, and slapped filler on the join this morning. One of the wings tried to break loose during sanding this evening, so I sloshed very thin CA over the area, which got sucked into the join just nicely. Once set, more filler for tomorrow's sanding therapy..

2017-01-23
Quite a bit of filling and sanding has gone into the wing-fuselage joins, but they're done now. The tailplanes are on, and have had their first load of filler, which is now curing. The cockpit, such as it is, is mostly done, and now inhabited by a troll. I realised just in time this model was going to be a tailsitter, so the back of the cockpit was padded with 3mm of sheet lead. That should keep the nose down..

2017-01-29
Assembly is all but complete, and painting has started. The first coat of RLM 76 has gone on. I'm airbrushing this in two stages, the first incomplete stage is intended to cover the tops of the droptanks and the parts of the engine pods hidden behind them, and as a base for fuller coverage in the second stage, which will cover all of the underside of the plane. Initial experience with Model Master from the airbrush looks good.

2017-01-31
Started airbushing the top side, but I think I overthinned the paint. Either that, or the thinner takes forever to evaporate. I don't think I did any damage, but I'll leave the current status to dry thoroughly before trying a richer mixture tomorrow. I bleached the decals with UV; I can only hope they'll still work.

2017-02-02
The paint problems were definitely down to overthinning. Even my second attempt was too thin, although much better. The final, even less thinned coat today worked perfectly, although that might have been helped by the earlier layers. Consistency varies quite a bit between individual bottles, so I'll have to pay proper attention every time. Still, the Blitz is now properly green, waiting for the splinter camouflage to be applied once dry.

2017-02-15
Splinter went on without any fuss. Once dry, however, the Humbroll was very matt, almost rough, compared to the Model Master, so I shot a coat of gloss varnish over the lot. Predictably, the Humbroll is now a nice semi-gloss, while the Model Master is very shiny indeed. No problem, they'll all be hit with Purity Seal further down the road, and this will do for a decal surface.
Removing the rest of the masking revealed considerable unauthorised excursions by one of the greens (probably the over-thinned MM), which needed touch-up. Very pale grey over dark green is a daunting prospect, and I fully expected to need several coats, but the MM2086 handled it perfectly, in a single relatively thick coat. I'm now down to spot painting and (ulp..) the canopy frames.

2017-02-17
Painting the canopy frames was the usual excercise in terror, but in the end, it went smoothly. I had serious doubs about the decals, after all, they were at least thrity years old, and had needed some fairly serious bleaching, but they performed well enough. Didn't manage to smooth out all the wrinkles, but it reached the point where I decided to leave well enough alone.
The Blitz is a remarkably slender and elegant little plane, especially for a four engined bomber. Somehow I'd always missed that particular aspect, probably because is was hidden by bulky things under wings and that V-1 missile on the back. I may yet return to this subject, and build it up as the reconnaisance version, unencumbered by bulky loads.