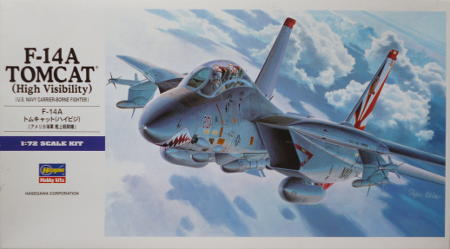 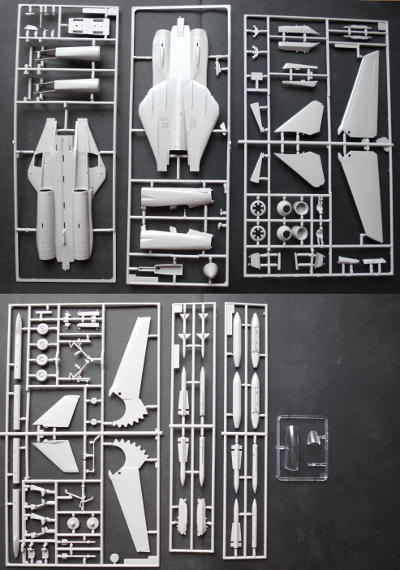 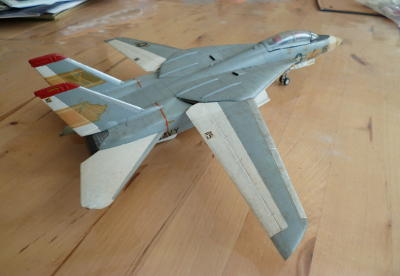 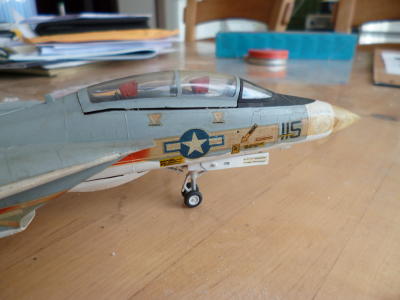 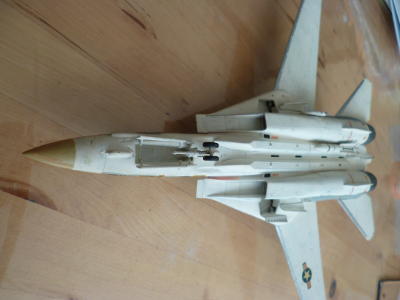 After the success of our little internal competition of restoring aircraft, our local IPMS group decided to take the whole idea to the Dutch Nationals as a group display. All the excuse I need to fire up my backup project for that competition, and get it restored before November. Rather predictably, this particular restauration lost momentum almost as soon as it started, but that's life.

Putting the cat next to a few boxes with unbuild ones quickly revealed this was the original Hasegawa tooling. This is still being produced and sold alongside the newer, more detailed, and far more expensive tooling, as I found out when I accidently ordered a few some time ago. Old or not, they were pretty good kits for the day, and a modeller on a budget could do a lot worse.
One of my mistakes promptly got dug out of the 'disposal' box to serve as a donor kit for masters for missing parts, and source of information. The oh-so-clever plan is to build them side-by-side, with the intention of ending up with two nice little kitties.
The first step in recovery is a good dunking in lye, to strip off all the original paint, and knock loose some of the exterior parts. So, now I'm looking at an even more bedraggled cat.

I don't think I lost any parts in the process, and most of what was missing in the first place can be easily copied off the new kit. The only parts that have me worried are the main undercarriage legs, but some very helpfull people at the Unofficial Airfix Modellers Forum are already looking through their spares box, so I'm rather hopefull something will turn up.
I have two sets of decals for VX-4's "Vandy 1", AKA Black Bunny, so if all goes well, this one will be dressed in that particular costume. Should make for a stylish black cat, and also for a simple paint job, which I consider preferable for a model that didn't exactly start out in mint condition. The companion plane will most likely become a Sundowner, which are a bit like that other type which you can never have too many of.
I'm not sure yet wether I'll try to rescribe the raised panels on both models. I like the way my previous attempt turned out, but this one is allowing for far less disassembly, and it looks like the fit might just be good enough to be able to preserve the raised panelling. Not to mention that two of these is a lot of surface area to rescribe.

2019-07-16
New legs for the cat have arrived (thanks again Mark), the bench is somewhat less crowded (just kidding!), and there's a deadline in a few months, so I'd better get started on this :-D I've chopped off the remains of the old legs, roughly cleaned out the tunnel, and added a few blobs of filler over the more horrid damage in the tunnel (some of the old bits really didn't want to come off). Once the filler is cured and sanded, I'll give it a blast of grey primer, and then the restoration can begin in earnest.
I've decided against re-scribing this pair; I think I can make the original lines do the job. The pilots from the new kit will probably go into the cockpit of the restored one; the cockpits are fairly bare, and while I might be able to do something for the new kit, the old one's cockpit is too hard to reach to do much.
I've gotten lucky with the externals stores. Vandy shows up in pictures with Phoenix adapters at the front, an otherwise empty tunnel, and Sparrow adapters on the glove pylons. That leaves Phoenix and Sidewinder gloves, Sparrows on all fuselage stations, and fuel tanks for the Sundowner, a very probable load. No need to raid the spares. 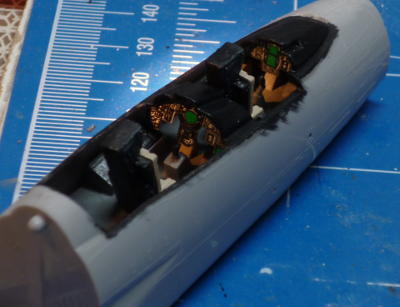 2019-09-02
This project has been slowly creeping forward while the GB (and later DNF) Phantom took most of my bench time, but I've finally got some photo-worthy progress on the companion cat:
The cockpit is fairly bare, but once the covering panel at the rear is in place, the decals are adequate for this scale, if not with much margin. I'll probably dig up some pilots for this one as well, to give a busier impression.
The restoration cat, meanwhile, is also progressing slowly. The work sequence on that project is mostly inverted; I'm dealing with the coarser stuff outside first, before turning to the cockpit area. There's a few nasty seams that need looking at yet to go, but the belly of the beast at least is beginning to look rather neat.
I'm beginning to have second thoughts about the planned markings for the companion cat. While I firmly believe you can't have too many Sundowners, there's not that much difference between a high visibility version (planned for another kit) and an overall grey version with the full-colour markings. I'm looking for alternatives, and I've caught whiff of a very tasty looking set of Wolfpack decals in various stages of colour and grey schemes. The early scheme is already planned for another kit, plus the Aitfix as a nostalgia project, but the grey schemes also look tasty, and if a wolf can't be grey, what can?