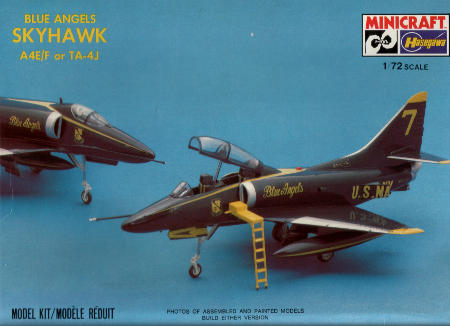 I could have sworn I'd done the write-up on this kit ages ago, but during the mid November updates to this site I found out the page was still mostly blank, almost a year after the kit itself had been completed. Rest assured I caught a mental mouthful for this from myself..
Anyway, back to the model. It seems that for some reason, when I do some non-historic model, I end up doing Skyhawks. No idea why this is, but of the three Skyhawks in my collection, only one carries historical markings, and that one was built over twenty years ago.
The kit used for this project is an old Hasegawa product, that definitely shows it's age. Surface detail is coarse, with deep trenches between moving parts, and very fine raised panel lines everywhere else. Overall detail is extremely limited. On the bright side, what was there fit together nicely. 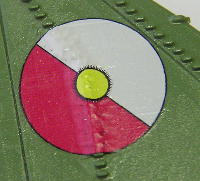 The combination of coarse surface detail and decals turned out to be somewhat problematic. Decals were produced on the ALPS, on my customary very thin decal film. This material, combined with a shot of MicroSol, typically snuggles into the most unlikely curves in the plastic, but the bumpy things on the top of the wing proved to be too much. I hit the decal with every solvent I could get my hands on, but to no avail.
The weapons fit of the plane turned out to be a major part of the job, in no small measure due to the fact that the comic artists apparently had only the faintest grasp of what can be stuck under a Skyhawk. As the frame from the comic shows, there's the large centerline fuel tank (which actually exists), some blob under the tail of the aircraft which is supposed to be a RATO bottle, a bunch of very large rockets under the outer wing panels, and (although not shown in this particular frame) a pair of napalm tanks under the inner wing pylons. The RATO bottle just looked too silly to even consider building it. The napalm tanks were easy enough to come by; the drawings show shapes remarkably like P-51 droptanks. These were, of course, used in the earliest, somewhat improvised napalm weapons, but by the time the Skyhawk showed up, these had long been replaced by dedicated napalm weapons. Still, easy enough to steal from a Mustang. The rockets to more doing. The artist apparently knew that the Skyhawk can carry four Zuni rockets under each outer wing pylon, but failed to realise these are carried in pods. Instead, the drawings seem to imply the zero-length individual launchers used during the Korean war. I didn't have any kit I could steal eight rockets from, and besides, the rockets shown in the comic appear to have no fins. I ended up scratchbuilding the rockets and their launchers from plastic tube and rod, but the results were not as good as I'd hoped. Still, the finished plane looks OK. 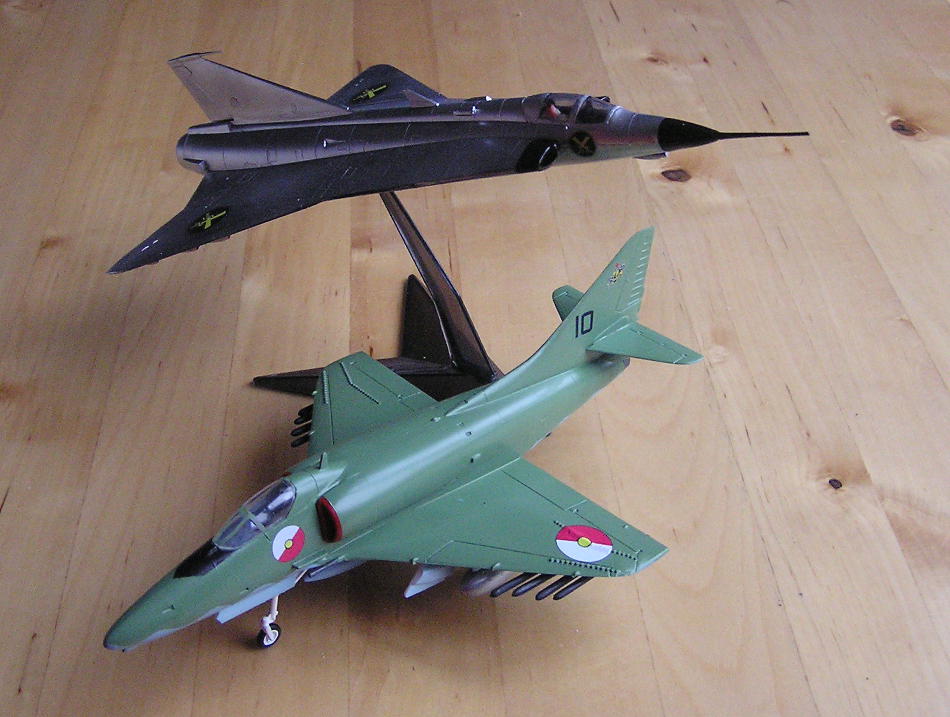