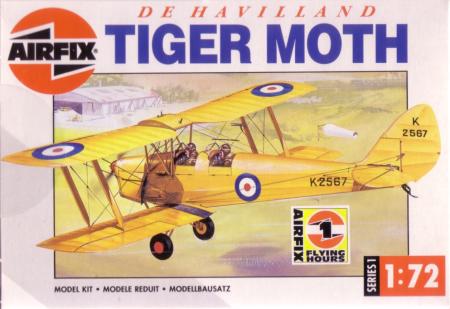 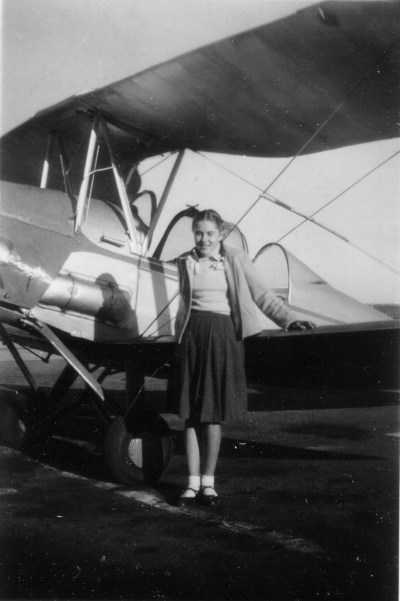 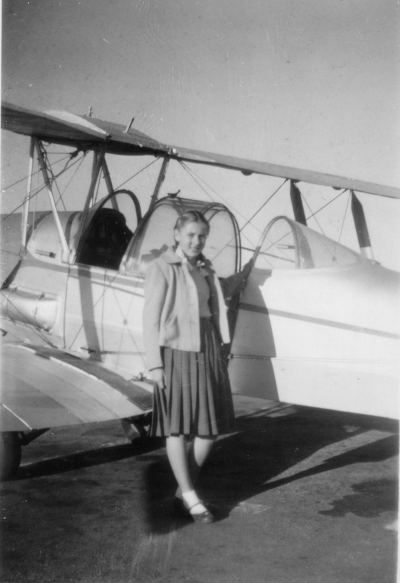 Traditionally, the first meeting of the year of the local IPMS chapter is hosted by Flash Aviation, one of the local shops. At this year's meeting, the owner handed out Airfix Tiger Moth kits to anyone willing to build it and bring it along in 2006, turning that year's meeting into a Tiger Moth special. Of course, I couldn't resist.
Building just any old Tiger doesn't appeal to me, but my mother has fond memories of flights in one in the late fifties in Australia, which got her permanently hooked on biplanes. I got it into my head to do a model of that specific Tiger. OK, fine, but just what did the plane look like? All I have to go by are 45 year old memories, and the two pictures on the right. Memory could supply an approximation of the colours, but somewhere on the plane there would have to be a registration. Not a chance of memory coming up with that..
So, enter the internet. Some serious digging and emailing (by my mother) of just about everyone who might have a lead came up with a probable registration, VH-BWR, so we're getting somewhere. Of course the various informants are the sort of people who want every bit of detail on the plane they can get, so in this particular case, the black and white pictures are links to the full size scans, each about 1MB in size. 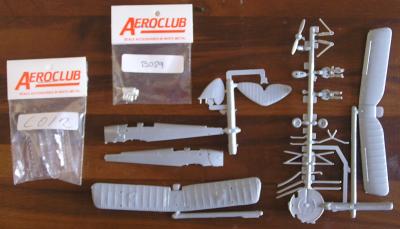 Time for a peek at what I've got to work with. To be honest, not very much. The Airfix kit is old, probably from the sixties or even earlier, and the moulds have seen a lot of action. It's crude, obviously has raised panel lines, and two of the struts are warped. This is going to be fun. To complicate matters, I'll also have to mate the kit to an aftermarket canopy, as the kit represents an open cockpit model, while the subject machine was a Canadian built closed cockpit version. The picture also shows an aftermarket engine, but I've decided scratchbuilding the engine bay is going to be too much of a good thing, and will keep the hatches closed.