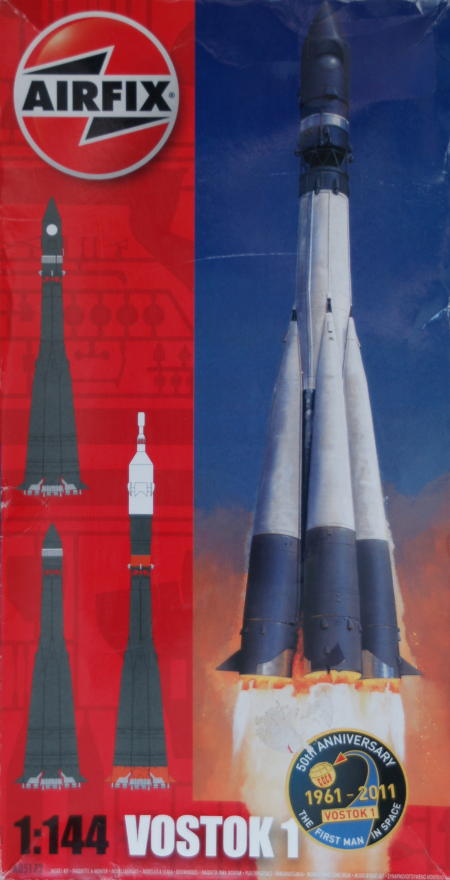 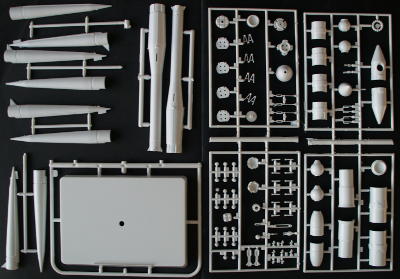 When a friend picked up a rather magnificent Lego Saturn V kit, I kind of got bitten by the space bug, and decided to engage in a private little undeclared space race with her. The only proper opponent, of course, is nasty old Vostok, know for such dastardly acts as putting the first man in space. Kits exist from various brands, but the Airfix one has a nice selection of different payloads to sit on top of it, is probably a no more problematic a kit than the alternatives. And avaiable, of course, so Airfix it was.

The kit isn't exactly new, 1970 according to scalemates, which means dubious fit, and raised panel lines, never a good combination. I'll refrain from further bitching about this, but be assured the combination is present in all it's glory, everywhere.

One of the first things that becomes clear when working on this kit, is that when it comes to rocket motors, the Russians believe there is strength in numbers. No less than twenty rocket nozzles make up the business end of the launch system, in five clusters of four each, one cluster on the centre stage and one each on the four boosters that together comprise the first stage. There's a further twelve smaller ones that (at a guess) were involved in directional control. In any case, that's a lot of little nozzles to deal with..

Airfix came up with a properly cunning plan to connect the rocket to the display base; right in the middle is a small pad with four protrusions that go into the nozzles of the centre stage. It's not perfect, but it does provide a far more stable situation than having the rocket rest on the directional nozzles, which protrude beyond the main ones. 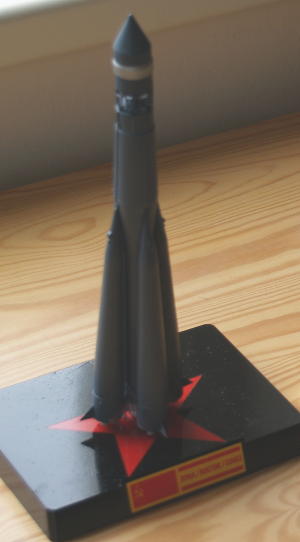 I decided a plain black display base would be boring, so I airbrushed a nice big red star smack in the middle of it, with the rocket sitting at the centre of it. Seemed appropriate somehow..

Airfix have include three payloads for the rocket, the Lunar probe Luna, the Vostok capsule, and a Soyuz capsule. Due to some clever design on their part, these can be built so as to be swappable. At the time of writing, the rocket and Luna probe are complete (and have been for half a year..time flies..). Work is now going on on the Vostok and Soyuz capsules. These can be built either deployed, or encased within their payload modules. I think I can make that flexible as well, so I'll be able to display the model with one payload installed, and the other two at it's feet with the payload module opened up.