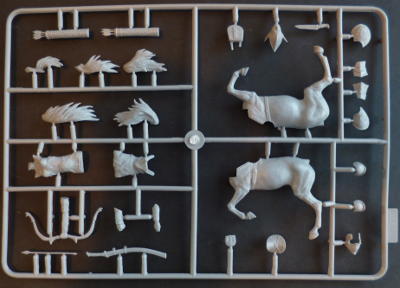 I'm enjoying a couple of weeks leave, so when I visited the LHS the inevitable happened and I gave in to temptation. After a year, MasterBox's Centaur archer finally got to go home with me, as a short and sweet vacation project.
This lasted for all of 5 minutes, and then things got completely out of hand. 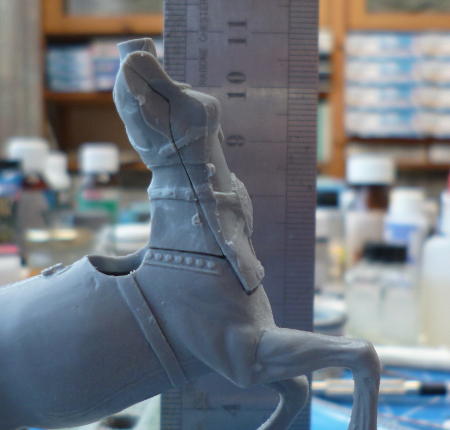 As observed earlier, she leans back, a lot.
I can come up with some excuses why this could work for a centauride, but I never managed to convice myself, so that pose is going to have to change, and change drastically, to have her fall forward into the shot like a proper instinctive shooter would. The most obvious part of this change is that the human torso is going to have to bend forward a lot, with the angle ending up something like this: 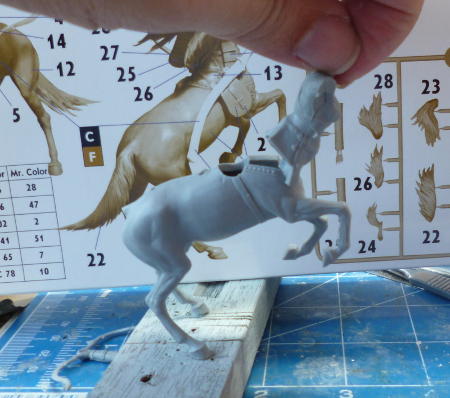 The 'skirt' gets in the way of lining this up, but you get the idea. The torso itself will also have to bend forward a bit to make this look good. More subtle changes will involve canting the bow relative to the torso, and bending the neck forward to really lean into the shot. 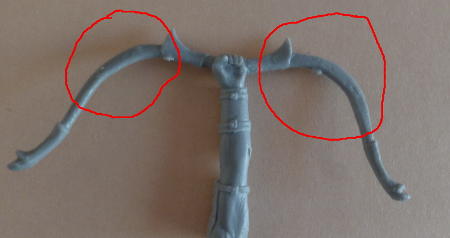 Then there's the bow itself. It's obviously based on the static recurves of the Asian and Eastern European plains, which is entirely appropriate for the concept. Sadly, the implementation is all wrong, not just for this type of bow, but for any bow.
The bow is bent the most inside the red circles. This again is correct for the static recurve plains bow, but that only works because the limbs are wide, flat and thin at that place. On the kit, the limbs are narrow throughout their length, and at their thickest right where they are shown to bend the most. Physics say no. This is the strongest part of the limbs, and would bend the least. Somehow, I'll have to rebuild that bow. Normally in cases like this, I try to build a scaled down replica of the real design, as a find this easier than flat out faking it, but this is a bow at full draw we're talking about here, and I'm not really interested in putting very real mechanical tension into the model.
No decision yet on how I'm going to weasel my way out of this self-inflicted mess, but there's a few ideas bubbling around in my head, so something somewhat workable should pop up shortly.