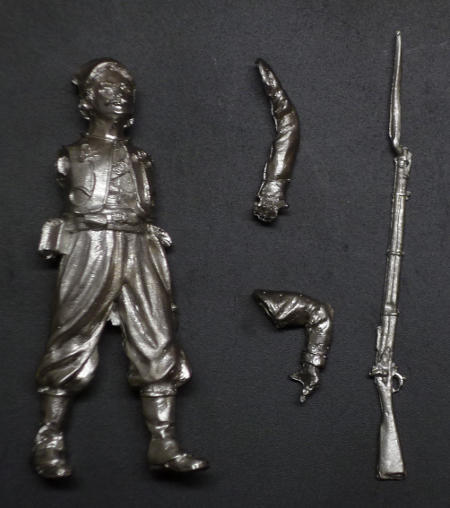 I bought this little heap of metal on a whim a while back at one of the local IPSM meets. Good call. After some relatively minor cleanup of the parts, a shot of primer revealed a beautifully sculpted figure. I suspect that this would not have been my last figure by New Hope Designs, if it weren't for the fact that the company has long since folded.

The figure represents a soldier of the 35th Jersey Zouave regiment. The zouave regiments were no different from any other light infantry regiment, except for the uniforms. Zouave uniforms were fashionable at the time, and apparently this was considered helpful in recruiting. I'll keep my opinions of anyone joining any army for the flashy uniform to myself. That said, I can well imagine the Zouave uniform looking a bit more comfortable than the regular union kit, and thus driving volunteers to those particular regiments.

As can be guessed from the parts, assembly was very limited. The figure was painted with my usual Humbrol enamels, and stuck on an aftermarket base. 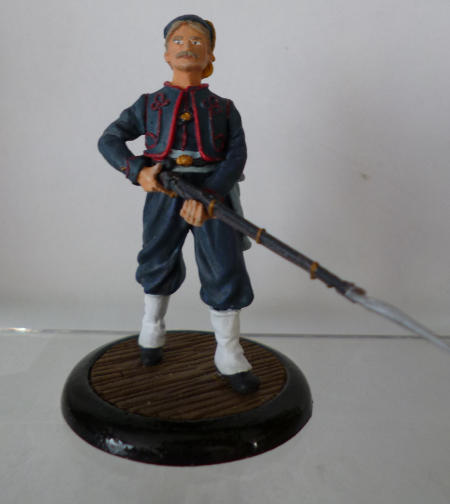