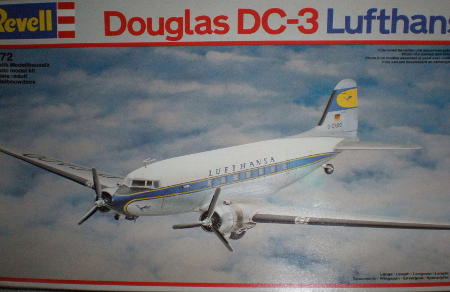 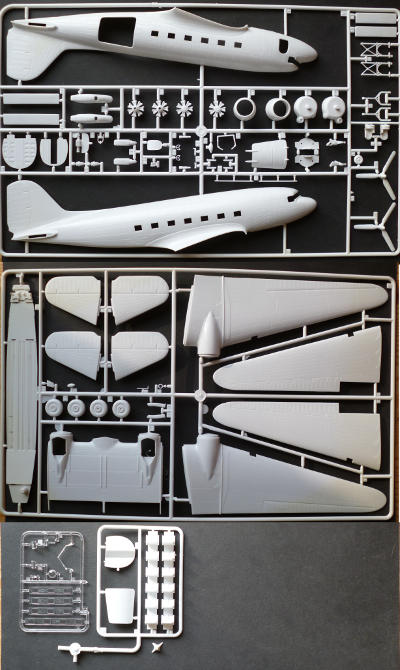 The sprue picture was taken from another kit, and in this particular case is the theoretical situation. In reality, this kit has already had a hard life. Most of the larger pieces are off the sprues, one of the rows of seats has been cut up to serve as master for moulds, and I seem to remember the glazing being from an Italeri kit, which means it won't really fit. This is only relevant for the front windscreen, and I'm confident I can fix or work around any issues.
As is customary, the rows of seats are not completely straight. Also, as Cambrian had eight windows to the side, I'm working from the assumption this means 8x4 seats, and the Esci kit only provides 6. The forward bulkhead will also have to go, adding the radio/storage room to the cabin. In other words, the interior is going to need work, and past experience has show that unless strong measures are taken, this means the floor plate will warp and bend. That just won't do, so the first step in these cases is reinforcing it with an aluminium bar along the bottom. I used big, beefy 20x5mm in earlier cases, but I can't for the life of me find what remains of that bar, and of the four somewhat local DIYs, three didn't have that size, and the one that did also had half hour queues at the check out. I'll be using a rather less impressive 15x2mm strip in this case.. It seems stiff enough to do the job; if not, I can always get nasty later. 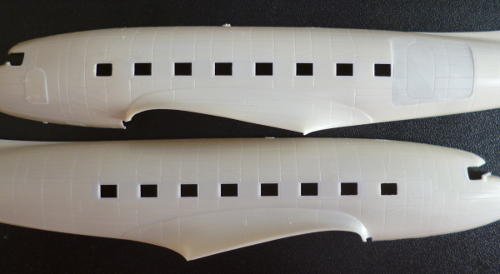 2020-05-22
I've made a start with the conversion to a civilian version with extra windows. As can be seen from the picture, fit between the left fuselage and the civilian door is questionable, and the plug is very thin. It also lacks any kind of alignment tabs, or anything for the cement/glue to grab onto. That's a bit of an issue, as blending it into the fuselage is going to take some rough work. I intended to smear some disolved sprue on the join from the inside, to create a very strong bond, but my supply had rotted it's way out of the jar and solidified. Jar chucked, new batch started, but this takes some time.
I've also stared work on some of the larger sub-assemblies. Maybe I'll be able to get some more work in this evening, after the various bits have cured a bit.

2020-05-24
The forward and rear bulkheads have been added to the floor plate, and the cement now needs to cure fully before I continue with the interior.
I've checked the degree to which the Italeri windscreen will play well with the Esci fuselage; "not at all" is a pretty good summary. I'm going to gamble that I'll get a better result by scratching the vertical frames, and then making the actual glazing with Clearfix. I may come to regret this..
I've started sanding the area around the rear door into shape, but I've had to stop before I wiped out all of the panel lines. I'm going to rescribe later, and then continue sanding. It may take a few iterations of this, but if I wipe out too much of the panelling before doing a restoration step, I won't have anything left to guide my scribing efforts.

2020-05-28
The interior is mostly built, all that remains is for me to decide whether to merely add a door to the cockpit, or to add another scratch built bulkhead between the front row of seats and the cockpit.

2020-06-01
I did a small test of the Pointerdog7 decals, which, to my rather immense relief, seem to behave perfectly, including not having the inks run all over the place when hit with MicroSol. One less worry..

2020-06-04
I'm going to have to qualify that a bit. The inks stay in place if you never have to rub the decal. If you have to move the decal accross a surface, mobility increases, as I learnt when applying them to the IPs of this one and the Italeri. A relatively safe place to learn, but still..
I've now coated another test scrap with liquid decal. It went on with no issues, despite applying it with a brush. I'll test application of the decal tomorrow, see if this improves matters.

2020-06-05
I've made a start on the curse of the airliner: seats. Finnicky paint work in not that easily reached places, which needs a level of concentration I can keep up only so long, in this case with paint needing two coats, and there's a lot of seats in there. This is going to take a while, over a good number of sessions..

2020-06-05
The paintwork on the interior module is done. What remains is the antimacassars. I have no hope of painting those on, but there was a sufficiently large scrap of white decal paper included with the markings, which I've cut up into 5x2.5mm patches. Those will go on tomorrow, when the paint has cured.

2020-06-06
Et voila, one airliner interior. I had more luck with this IP decal than I did with it's cousin, so it actually still looks like an IP. As per audience request, the middle bulkhead was filed down to fit some way further forward.
I almost made may favourite mistake again: leaving out the controls (there's a long and sad line of control sticks discovered after corresponding canopies were closed), but I caught it this time..

2020-06-06
I've decided to exploit this model for another little expirement. Usually, I leave the side windows open, and stuff a felt wad in the during airbrushing to keep the interior safe. This time, I've applied strips of scrap decal paper on the inside, covering the windows. Theory is that after painting, I'll stab a scalpel through the windows and clear out the holes, decal being sufficiently fragile to hopefully not offer any serious resistance. I've also filled the area behind the gaps in the wings where the landing lights should be with milliput, as Esci only provides a hole, while I want a proper lamp in there.

2020-06-06
The experiment has failed. For obvious reasons, I wanted a pretty good seal between the decal and the window rims, so I applied a generous dose of solvent. Nothing overly agressive, just MicroSol. The decal weakened to the point that the 'windows' tore and dropped out. I'm sure it's very firmly attached to the insides, but some of the critical sections are now gone.
I'll clear out the remains, and go back to more traditional means.

2020-06-13
Some of the antimacassars tried to do a runner, but I drowned any such ambitions in Microsol.. I've made a start at closing up the fuselage. Here's a dirty secret: especially on older kits, these fuselages will warp every which way they can think of, and only brute force will un-warp them. This one is a pretty ugly specimen. So, multiple steps of cementing up a section of fuselage, and squeezing/clamping until the cement cures. Since I suck with clamps, and putting and keeping up sufficient force by hand starts to hurt long before the cement cures, this is not my favourite part of building Dakotas..

2020-06-14
I got it buttoned up as well as can be expected, but I've run into another problem..
I mentioned before that I had an Esci kit with Italeri glazing on my hands. That includes the covers for the landing lights. The shape is so different they might as well be from completely different types of aircraft..

2020-06-15
On closer inspection, I found that the fuselage halves have caved in a bit at the bottom, along the rear of the wing. I've forced a big wooden wedge between the aluminium reinforcement of the floor plate and the fuselage halves, to straighten things out.
I consider it a design flaw in both the Esci and the Italeri that there is nothing to prevent this from happening; the fuselage halves just sort of meet dangling in the void at that spot, and any warping at all will curve them inwards. Both the Airfix and Hobby Boss have avoided this problem, the former by extending the wing certre section almost to the tailwheel, the latter by adding a reinforcement box at the bottom of the floorplate that doubles as a spacer for the fuselage halves.

2020-10-09
I've cleaned up the fuselage seam, and thrown on some grey primer to see what's happening. Just a bit of panel line restoration needed, and then the wings can go on.

2020-10-12
I've cleaned up the spine, and stuck the wings on. Quite a bit of filler will be required along the edges, but nothing unexpected.