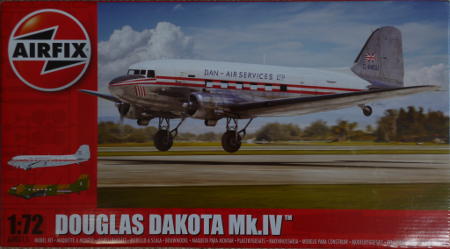 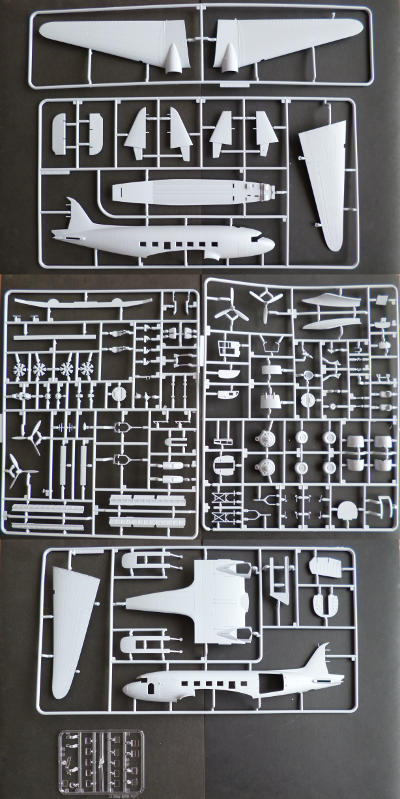 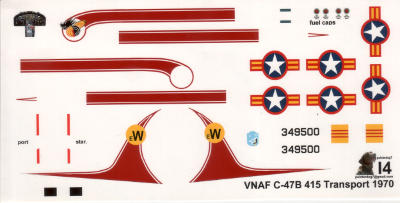 My victim for this event will be a new tool Airfix C-47, in this particular case the Dan Air boxing.
The only kit decals that will be used are the data stencils, and probably not even all of those. The rest will come from a Pointerdog7 sheet for a C-47B of 415 transport squadron of the Vietnamese Air Force.
I've just realised that despite being a military machine from the other side of the planet, the markings are actually quite similar; bare metal with a white roof and red cheatlines. The Vietnamese adds a large splash of colour to the tail as well.
The decal sheet looks good on paper (couldn't resist the pun), but I've read very mixed reviews of the quality of these decals. I could end up regretting this, but for now, I remain optimistic.
If the apparent quality of the research behind the decals is indicative of the technical quality, all should be well. All too many instruction sheets supply just a few pictures, and maybe a generic blurb about the subject. Betters ones supply more information on the general type, and maybe the unit, but Pointerdog7 supply a short history of the specific airframe as well. That level of detail appeals to me.
On closer inspection, I've discovered a problematic aspect to the combination of kit and decals. Pointerdog7 supplies the cheatlines as continuous bands. Using the Esci or Italeri toolings, this is perfect; apply the decal as a whole, once set cut out the windows, and then add glazing, with no problems with mis-alingment of pre-cut gaps in the decal and the holes in the fuselage. The Airfix kit, with the window frames and the glazing as single parts, blocks this approach. I've been aware of this for a long time, and know how to fix it, but I never got round to doing the required work.
My intended solution for this is to very carefully measure the Airfix inserts, and create 3D printed copies that have just the frames. Unless I'm seriously underestimating the required effort, this will take but a few hours to set up.

2020-05-24
I've made a start on the interior. Some of the parts involved are bent out of shape; I suspect this is one of the reasons I got a large batch of them very cheaply, so I shan't complain, but it does mean construction slows down a bit. Certainly nothing worth taking pictures of yet.
I've also done some minor sub-assembly work, but unlike other Dakota kits, construction of the Airfix model doesn't really support that, so work is fairly limited.

2020-05-28
The interior is mostly done, at least up until the point where it needs paint. Slow going; with models like this, I end up putting the bulkheads in one at a time with plenty of curing time in between, as that is the only way I can get those not-quite-90-degree butt joins somewhat presentable, and having to install parts in two steps to force them straight again doesn't help. Still, it's getting there. 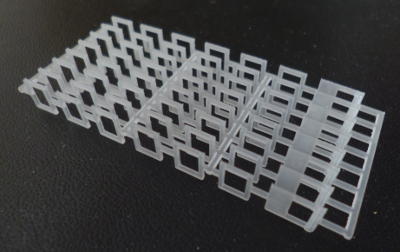 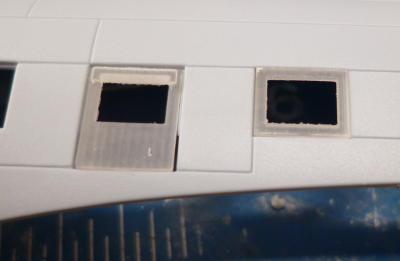 However...
The dastardly Airfixians fooled me. The emergency exit parts are 0.35mm wider than the basic windows, which the Mk.1 eyeball missed, and to make matters worse, holes they're supposed to be installed in add another 0.15mm (incidently creating a looser fit even with the kit parts). As a result, the emergency exits are functional, but imperfect. The basic window fits perfectly, so I get keep some of the aforementioned grin..

2020-06-07
I can never resist poking around in the history of my victims, and I've found some degree of mismatch between what Pointerdog7 supplies, and what the boringly thourough "First 70 years" provides. The history PD provides matches what F70Y shows for USAAF 43-48491, but PD then has this plane become VNAF 349500 EW, while F70Y gives VNAF 348491 EY.
F70Y does have a VNAF 349500 EW, but traces it back to USAAF 43-49500, with a rather duller history.
According to F70Y, 43-48491 spent most of it's WWII career stateside, but spent the early 50s in Japan and Korea (I suspect a relation with certain violent events in that area), and went to Vietnam in 64, where it became one of the first experimental gunships in 66. Whether in this configuration, or back as a cargo hauler it then passed to VNAF via the military assistance program, then briefly back to USAF in eary 73, and the trace ends with the MAP later that year. This could well have involved the transfer to Cambodia that PD mentions.
Meanwhile, 43-49500 spent it's entire career up to 62 at various bases in the US, then transferred to MAP and at some unspecified time to VNAF as 349500 EW, ending the trace.

2020-06-14
Final peek at the innards
There tends to be a gap between the floor and the fuselage wall right in front of the cargo doors, and this one was no exception. After making a start on closing the fuselage, I found out there has been yet another victim of my personal controls losing demon; I found a steering wheel that appears to have come from this machine. Oh well, seven out of eight..
The fuselage halves are mostly closed now. Quite a bit of fighting going on there..